3 Ways to Give Meaningful Feedback to Students

#1. Narrow, specific instead of broad, general

When grading assignments, focus on one part of the assignment and give them meaningful feedback on that one part.

For example: I’m a science teacher, and we assign CERs - Claim, Evidence, Reasoning. The most recent one I did was about the Big Bang Theory.

Students had to use evidence from a lab they completed to answer their “guiding question”. I noticed a lot of students were struggling with knowing how to use specific evidence they collected to support their claim. So, instead of focusing on using CER as a whole, I just looked at the Evidence section, and gave students specific feedback about their evidence and how they could improve upon that section. (We left the Claim and Reasoning sections for another day.)

Giving narrow, specific feedback is not only less overwhelming for you to grade because you’re focusing on one part (and not three), but it’s more meaningful for the student because he knows exactly what he needs to work on.

Q: Does this mean you’re not giving feedback on any other part of the assignment?

Yes, for this assignment that’s true. CERs are something the students are practicing a lot (several times a week). If you’re concerned about them not getting feedback about the whole thing, you can still do peer feedback.

#2. Have students create their own goals

A student has to be willing to hear feedback in order for it to be useful. If the student has her own goal, then she’s buying into it, and she has more ownership in hearing the feedback.

Going back to the CER example, if you have a student really struggling with differentiating between evidence and reasoning, that could be a goal she sets for herself. You may need to guide her into setting that goal. It’s really helpful if you have a system for goal setting in place.

You've probably heard of the SMART process for setting a goal. Goals need to be Specific, Measurable, Attainable, Realistic and Timely.

But have you guided your students to set a goal for their assignments? If not, grab this free worksheet for them, have them set their own goal based on your feedback, and watch them grow!

You know the old saying - students don’t care how much you know until they know how much you care. All feedback isn’t academic - in fact some would argue that emotional feedback is even more important.

Telling a student she’s done a great job, with a specific note about why, can really help to boost her esteem and motivate her to work even harder. That’s why we created our Affirmation cards - to help you level up the courage of your students!

1. Give narrow, specific goals. (Focus on one thing)

2. Have the student create his own goal (so he’s emotionally invested)

3. Give emotional feedback as well as academic feedback. (Great job!) 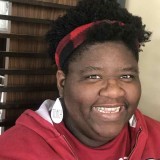 Andreana holds a Master's Degree in Education (Bachelor's from Stanford) and has been teaching since 2005. She cofounded the Teacher Trove with her husband Andy in 2018.

Comments will be approved before showing up.

The Best and Worst Teacher Gifts 2020 (For the love of everything, don't get her something used)

We asked 235 teachers about their best and worst gift experiences. Here are the results.

If you've been trying to figure out what to give your teacher, you've come to the right place.

Teachers need your support now more than ever. Here are 5 ways you can help!
Read More

Sign up to get the latest on sales, new releases and more …